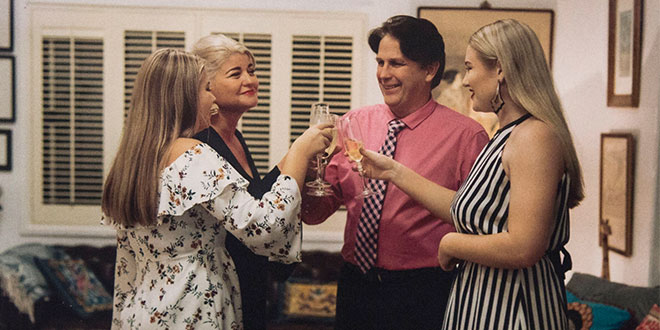 HELÈNA McIlwain loved stars. Her sister Sophia says it started out as a fashion trend – she wanted stars on dresses, on shirts, on skirts – but soon enough, everything Helèna owned needed to have a star on it. As her mum, artist and educator Fiona McIlwain says, stars were “her thing”.

Nobody imagined the resilient and bright teenager would have a star named after her before she turned 20.

Helèna McIlwain – the star – is situated within the Southern Cross, and on a clear night it can be seen with the naked eye, to her mum and dad’s delight. The naming rights to the star were purchased by Helèna’s workmates; they had watched the 19 year old thrive in a job that was becoming her new dream.

She wanted to make life better for young people with a disability.

Read the full article from the Catholic Leader here.